’Occult’ simply means ’hidden’ and ’apocalypse’ means ’revealing’ or ’uncovering’. So, this is the history of humanity, hidden in plain sight, revealed.

As Genesis 1 and modern science lay out, humans came about at the end of a process of cosmic, material and biological development. The bible, and many other ancient texts, tell of a blissful time in human consciousness at the beginning of our story. There probably wasn’t much disease, as those largely came about as a result of domesticating animals, There probably wasn’t any war between disperse tribes with plenty of land for themselves. We were probably extremely strong as we ate approximately 150-200 wild plants and plenty of game. Life was probably exciting, adventurous and fulfilling.

Somewhere around 50 000 to 100 000 years ago we started reaching a new level of consciousness with concepts, language and culture, as can be seen in the archeological records with statues and cave paintings.

Then at some point, the bible tells us, that we experience a spiritual fall, a split of consciousness into ”good and evil” as a result of eating of ”the fruit”. What substance would you say has most influence on society throughout history and even today? Is it not alcohol? And what is the main substance fermenting fruit produces? Well, it’s alcohol. So, I claim Genesis 3-6 describes how we started getting black-out drunk, and how it affected early human psyche, society and relations to each other and nature. The text doesn’t mention alcohol until after the flood when Noah plants a vineyard and get’s smashed. However, anyone can understand that the use of alcohol doesn’t start with planting a vineyard and getting drunk. This is just told as a natural part, which points to it being part of the culture he came from.

In Genesis 3:22 it is mentioned that the ”tree of life,” which was also central to early humans, was prohibited by ”the Gods”. As the fruit is alcohol, the Occam’s razor conclusion is that the ”tree of life” is cannabis. This is supported by the fact that hemp has been the central plants for humans materially, medicinally and spiritually for, perhaps, tens of thousands of years.

So, why was it banned? Well, cannabis serves us best when there is a good culture of liberty, respect, love. At this point we were on a rampage of power, violence and lust, which couldn’t be supported by the inspiration and spirit that the herb brings. Modern examples of where hemp has been used in conjunction with a stifled, oppressive culture – North Korea, and California medical marijuana since 1996, when the universities had been sufficiently subverted into the cult of woke.

So, a flood came and drowned this corrupt culture. The heavy drinking probably acted as a prayer for this conclusion. We have a few stories about the culture before the flood. The bible is one such text and Plato’s telling of Atlantis is another. The bible tells of the Noahite people settling in south-eastern Turkey, where we find magnificent structures 11 000 to 12 000 years old.

Plato’s Atlantis story comes from his ancestor Solon, who got it from the Egyptians. They claimed ancient Egypt was the work of the survivors of Atlantis. The location of the Atlas mountains and the Richat structure points to a civilization descendant from Cro-Magnon man. 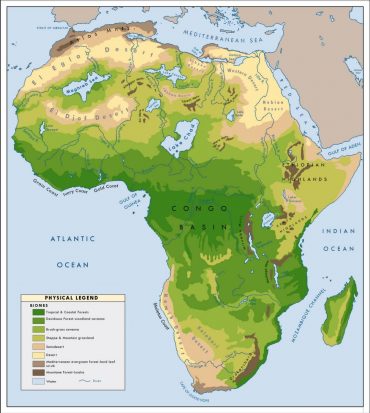 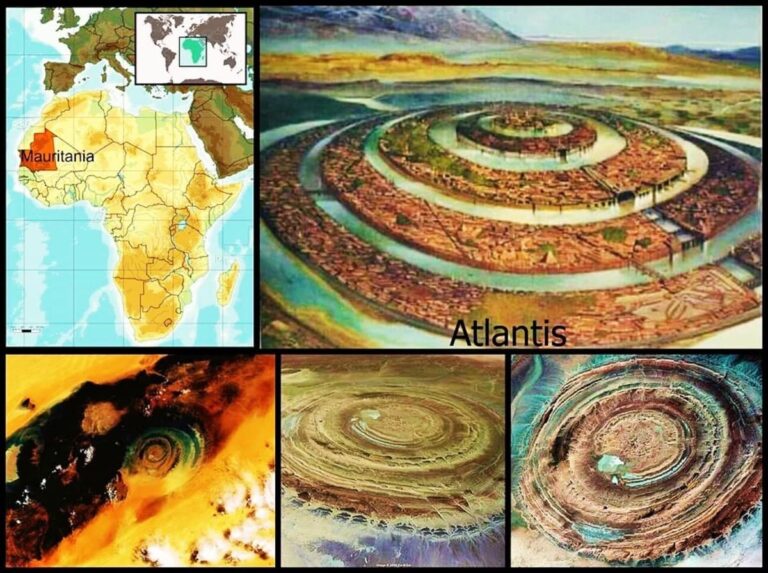 Imagine what this says – the earth made a unique geographical, geological, geometrical formation that had an influence on early social consciousness (circles within circles/conspiracy), ie. elitism, classism. Add to this the geological and natural processes that aided the Exodus, as laid out in this well-produced and -investigated documentary. 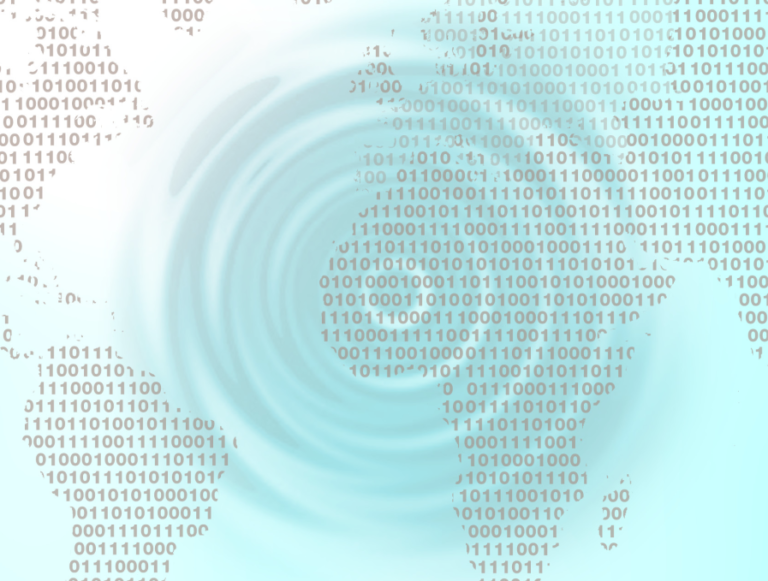 This is the cover of the Rockefeller Foundation paper from 2010 that described tyrannical “lock step” during a pandemic. Note the location of the center of the circles within circles, and the world wide digital control grid of ones and zeros.

Here’s the description/order of the events during the pandemic.

“During the pandemic, national leaders around the world flexed their authority and imposed airtight rules and restrictions, from the mandatory wearing of face masks to body-temperature checks at the entries to communal spaces like train stations and supermarkets. Even after the pandemic faded, this more authoritarian control and oversight of citizens and their activities stuck and even intensified. In order to protect themselves from the spread of increasingly global problems — from pandemics and transnational terrorism to environmental crises and rising poverty — leaders around the world took a firmer grip on power.”

We have now found a geographical location that perfectly fits the precise description Plato gives of Atlantis. It is situated in Mauritania, in western Sahara. It’s a peculiar formation, with a central island and rings within rings around it. I propose that this shape formed this cultures societal structure – a class society – which is pretty much what Plato describes in “The Republic”. These rings within rings is also the structure of secret societies, with every circle believing they are the inner most circle. It is also the shape of the eye, with it’s white, iris and pupil, which we find at the top of the pyramid on the one dollar bill.

Then the text describes the “tower of Babel”, which was man’s attempt to reach heaven. I know of one structure that fits this description perfectly, even if it’s not situated in Mesopotamia/Babylon and therefor not the structure mentioned in Genesis 11. It’s the Giza plateau. It’s a copy of the heavens here on earth, with the pyramids perfectly fitting Orion’s belt.

The next stage of the evolution of consciousness is through Abraham, who was steadfastly faithful. In his story we see the abolition of child sacrifice, which was the norm at the time. This was replaced with circumcision.

One of Abraham’s sons – Jacob – later got the name “Israel”, which means “one who wrestles with God”. This is a clear evolution of consciousness, which points to what we might call “critical thinking” today. He settled in Egypt and during the decades and centuries there the israelites got enslaved.

Then along came their prophet – Moses – who was called by the true God, to lead his people out of physical- and mental slavery. He did so with the aid of ten plagues that are scientifically- and historically supported. In the desert he was given guiding laws, instructions to build the ark and the tabernacle – the dwelling place of the one true God – as opposed to the Atlantean-Egyptian tyrannical-, hierarchical-, class consciousness “gods”. The 40 years in the desert represent one generation, which was to purify the people from slave mentality before entering the holy land.

He also got the recipe for ‘holy anointing oil’, which contained huge amounts of cannabis herb. It was to be used for anointing priests and kings, as well as for use in and outside the tabernacle/temple. The oil was forbidden for public use, but Jesus’ followers used it to heal people from physical and mental/spiritual ailments.

The story of Israel is sort of a story of a wandering towards- and in hopes of mosiach. Many stumbles, turns and corrections. Finally Jesus arrives – the fulfillment of perfect consciousness, life, and teaching on the world stage. He was crucified as a threat to worldly power and resurrected as a proof his divinity.

The early Christian movement was one of joy, purity, humility and civil disobedience. Around 325 AD the Christian movement was coopoted by emperor Constantine. There is no good evidence that Constantine or the empire were born again in any meaningful sense. A century after this event “heretics” were burned at the stake like Christians had been before. The dark age had begun, as the people were kept in the dark about the word of God while all kinds of cruelty and injustice were justified by the church hierarchy’s interpretations of scripture.

At the turn on the first millennium the church split, greek philosophy became available in Europe again, the rennaicanse soon started taking shape, the “new world” was discovered by the Europeans, the reformation took place, and in the 1600’s the industrial revolution started. 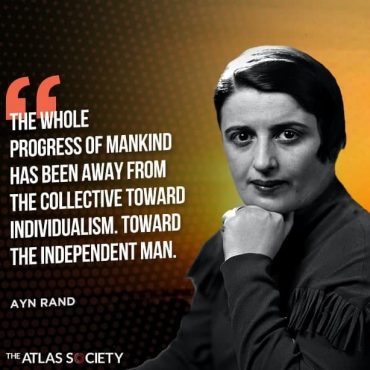 At this point central bank monopoly, fractional reserve usury was introduced on the back of the industrial revolution and colonialism. The one that stuck was the “bank of England”. Usury is a slow moving tyranny process, and at some point the colonies on the east coast of America had had enough. They gathered all the best old and new ideas, and the resulting philosophy/promise was a constitutional democratic republic based on the God-given rights of all humans. Liberty, gold money and hemp were central.

Demonic, tyrannical forces were enraged and counter-revolutionary ideologies took shape. Most note worthy is Marxism, which is a poor counterfeit Christianity. It has it’s own pseudo-reading of history, clear supposed good and evil that are played violently against each other, supposed care for the poor and downtrodden, and promise of utopia.

It seems like an intentional scam to me, not only because it results in unspeakable atrocities, but because all implementors have kept the central bank usury as a power tool. This, while Marx confused the whole subject of money and usury with the word “capitalism” and claimed the ills of society were due to freedom, free market and private ownership. Marxism then had it’s own counter-revolution in another leftist tyrannical political philosophy – fascism – which also incorporated pseudo-Christian and messianic themes, like the “1000 year reich” and “anti-semitism”.

There had been a struggle for monetary control in the USA since it’s founding. Following the sinking of the Titanic, and a dodgy vote* during Christmas of 1913, the Federal Reserve was incorporated and the income tax was instituted. This communism vs capitalism/corporatism has just become a double-bind scam. Damned if you do and damned if you don’t. Either you live under western usury oligarchy, or you join a “revolution” which results in even more tyranny.

*other extremely dodgy votes include the Marijuana Tax Axt

There is central parallel history that puts all of this into perspective – Ethiopia. Ethiopia is the origin place of humanity. It was also the second “Israel”, through king Solomon and the queen of Sheeba. It was among the first Christian nations. It also had an enlightenment philosophy, through the philosophy of Zera Yacub, before Europe experienced it’s enlightenment.

By the time fascism and communism were running rampant across the northern hemisphere, Ethiopia crowned the 225th king in the lineage of king David – Haile Selassie I, king of kings, lord of lords, and the conquering lion of the tribe of Judah.

The power hungry fascists of Italy invaded Ethiopia while the league of nations scoffed at and denied help to Ethiopia despite Haile Selassie I’s plea and warning at the ‘League of Nations’. Edgar Cayce* had prophezied that all the world would be engulfed in flames if divine forces would not intervene. I think Haile Selassie I fits this bill. The fascists were soon driven out with the help of the Brittish.

*The Rockefellers were frequent visitors of Edgar Cayce, which goes to show they don’t believe in the mechanistic material fundamentalism that all the scientism and indoctrination they’ve formed and funded (“philanthropy”) espouse.

After the war the ‘League of Nations’ was discredited and replaced by the United Nations. The United Nations has since then been infiltrated and subverted by communists, occultists and all sorts of coerced collectivist philosophies. Actually, they seem to have been there from the beginning, as this quote attests to.

“To achieve world government, it is necessary to remove from the minds of men their individualism, loyalty to family tradition, national patriotism, and religious dogmas.”
– Dr George Brock Chisholm, first Director-General of the World Health Organisation (WHO) from 1948 to 1953.

For the rest of the story please read “An Answer To CRT And The 1619 Project“.