The symbolic language of the bible is quite logical when one starts to get it. It should be common knowledge as it opens up not only the bible, but much of our culture.

I’ll give you some examples and how it’s used in prophecy. The body has strong symbolical significance, of course. One’s forehead is one’s worldview, values and ideology. One’s hand is one’s works, what one does, while one’s feet is lifestyle, how one walks.

So, let’s take the prophecy of the “mark of the beast on people’s foreheads and right hand”. While there might be a literal physical manifestation, in symbolic language it means people will be forced to adopt a worldview and work accordingly, do it’s bidding. The Nazi salute therefore is a symbolic gesture of people giving one’s actions to the führer. There is some difference between left and right here also.

Then we have geography. The ‘sea’ or ‘waters’ means something like ‘the masses of people’, while land is the establishment, mountains are governments. You see the logic here, in elevation and nature and volatility.

So, when the book of revelations, for instance, talks of a beast coming out of the sea, in symbolic language it means tyrannical populist movements. In this sense we’ve experienced rising waters, a socio-cultural deluge, of coerced collectivism, in the West over the past few decades. A beast from the land is one of the establishment.

Also, look at Jesus walking on the water in the storm and Jesus turning water into wine in this light. Water into wine is worldly into heavenly. Bread is the word of God and wine is doctrine. So, the symbolical meaning of the Eucharist is for the congregation to gather for a supper in remembrance of Jesus and his teachings.

That’s what it was before it became priests giving kneeling members a small cracker and a sip of wine. Paul even complained about people not behaving in the right way during the Lord’s Supper; some being left without food and others getting drunk. (Also, see: Agape feast)

So, there is a complete symbolic language tied to all that is physically manifest, and to understand (overstand actually) much of the bible and culture one needs to get this level. 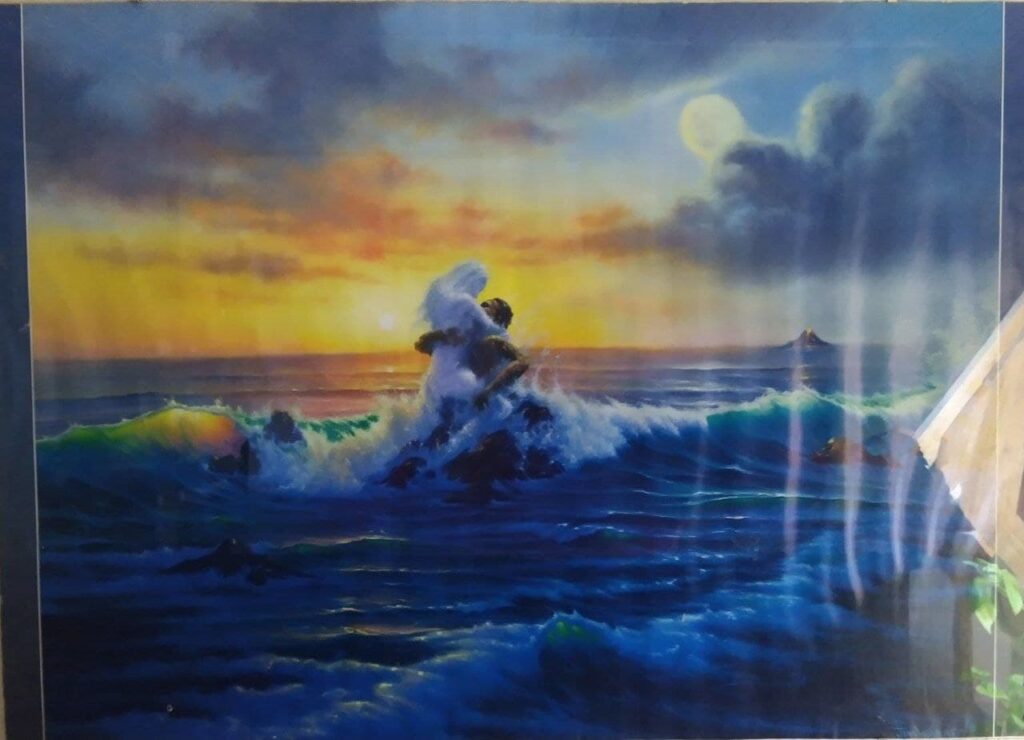