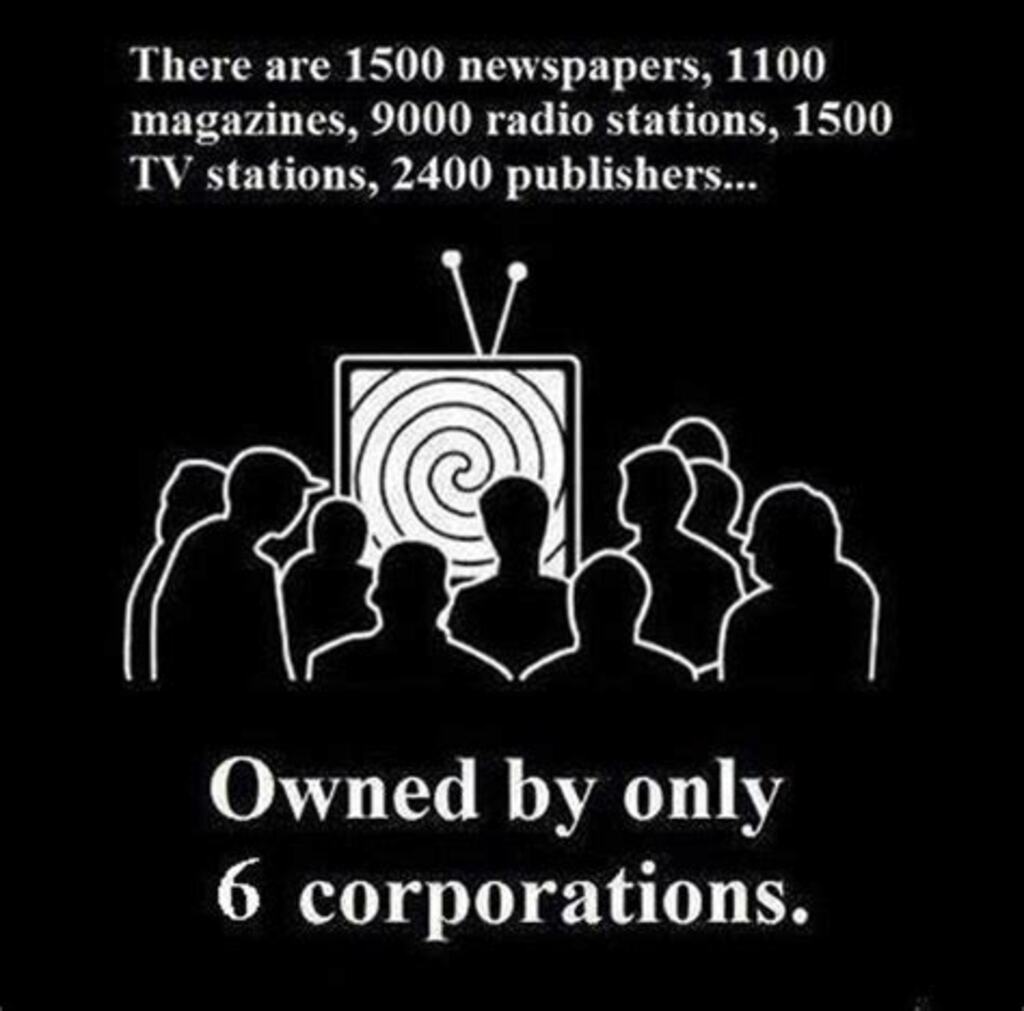 In the 1990’s most of US mass media was owned by close to 70 corporations. That changed under Bill Clinton.

The western mass media is a de facto oligopoly – a Pravda Apparatus, and as such one would at least wish they reported the truth. What is truth? Well, it’s the whole truth and nothing but the truth. Just building one’s spun narrative on cherry picked facts doesn’t cut it. A few examples:

2. The Pravda Apparatus tends to go fairly easy on alcohol and even advertising is allowed. Cannabis and other plants and substances that have been deemed illegal have gotten mostly strong fear and hate propaganda. Even science was forced to report only negative conclusions for decades. This situation has improved somewhat, but keep this in mind for the example. What would truthful reporting look like? What would it be without the political propaganda? Well, let’s say alcohol’s harm is a 10 and benefits 2, and cannabis’ harm is a 5 and benefits a 9. When the reporting then gives a picture of alcohol’s harm being 5 and benefits a 4, and cannabis’ harm a 8 and benefits 3; that gap between science backed reality (not scientific establishment backed) and the reporting is made up of political propaganda.

3. Violent crime and race compared to police violence statistics. Are white people a big threat to black people at this point?

4. The realities of war. I remember how the complete destruction of Libya into chaos and slave trade was marketed with the fake news of “Ghaddaffi’s raping Viagra-soldiers”. Turned out to be fake but it was effective marketing to a knee-jerk feminist culture. Here in northern Europe the only ones opposed to the bombings were the “xenophobic” parties. The bombing parties are for mass immigration. They tried the same trick with the Syrian gas attack scam. It was wonderfully the first time it failed. Both Iraq war 1 and 2 were pushed through with deceptive marketing campaigns. Hill & Nolton’s couched ambassador’s daughter crying over “incubator babies” and then Colin Powell with the WMDs.

5. I go on about this one, but the divine status of alopathic medicine compared to the denigration, or alternatively confusion, of everything else concerning health. And of course the insertion of industry interests in the mess that is health stories – wine, chocolate…

6. Socialism and communism compared to that other leftist ideology that put more weight on race and nationality. They’re all forced collectivist a.k.a. authoritarian monstrosities with at least a couple of hundred million deaths to their name through war and democide. Few, if any, are as utopian as me, but it’s all in the means, baby, all in the means. On that thought, they also want to leave the free world and its spectrum of ideologies out of this equation. Libertarianism, certain anarchism, conservatism, religious conservatism…

There are easily dozens of big spin areas like these and myriads of skewed details. If these were sorted out, just in the clear benefit of truth and honesty, the rest would start sorting itself out.

P.S. Compare the destruction, suffering and death caused by these big lies to Alex Jones’ Sandy Hook debacle. Sure, he might deserve to be fined for causing harassment of the families, but how much more is the Western media machine responsible for? We need to put things into their right perspective.