Here’ s a rudimentary strategy I made in March of 2020 on how to handle the, then, very new corona virus situation. It’s drawn on a widely circulated strategy proposal named “Hammer and Dance”, with my additions, like increased sick care capacity and a graph depicting a 3-6 month peak and a 12 month trajectory to handle the new corona virus situation, with the aim of reaching easily manageable natural herd immunity with minimal suffering to life and liberty in a year. Even, increased health of people and communities. Turned out it was close to what the Great Barrington Declaration suggests.

The situation was a bit more unknown when this was written. So, in hindsight:

– I would have put less emphasis on the masks, gloves and sanitizers. I would have mentioned hepa filters and perhaps UV-lighting. At least I didn’t suggest anything resembling a lockdown after the initial few weeks.

– Special shopping hours for risk groups might have been a good system. Still could be.

– Ventilators didn’t turn out to be a good method. I guess they had to be turned to a more sensitive setting to not damage the strained lungs.

– Inhaled colloidal silver with ingested antibiotic would have been advantageous. Colloidal silver can boost the effectiveness of antibiotics up to 1000 times, and therefor lessened the need for antibiotics. This method would make this boost of the antibiotic primarily local, in the lung tissue. A lot of other lung health and tissue improving additions could also have been made to the inhalant. Possibly also used with ventilator.

– Ivermectin was shown to be very effective and safe in August 2020. Ivermectin alone could have made the pandemic very, very manageable.

– I would also have mentioned zinc as a central part of the nutrient pack, along with vitamins D and C, and in conjunction with other treatments; hydroxychloroquine, Ivermectin, etc. At least NAC seems to be missing from that page of studies.

– The vaccines don’t seem to be working too well at preventing spread, but that is, of course, good for business if one wants to push a program of regular jabs.

– The increased sick care capacity might not have been necessary with all the mentioned actions, but it was a valid aim at the early stage.

– In hindsight, a bigger focus on overall health, weight loss and strengthening nutrition and life style.

– Vaccines were launched before the end of the year. I estimated it as a viable addition in 1.5 years. A big no-no to coerced vaccinations and dividing the people on the basis of injection status, and any injection verification for life in the free world.

– Changing the PCR-test cycles from 40 to 28 on January 20th 2021 is also something to take into consideration. It’s a clear admission this is not a mere viral pandemic, but mainly a para-political operation.

I still hold that an avenue for young and healthy people to voluntarily get the infection and quarantine would have been wise. That would have been a light cultural self-sacrificing heroic initiation with strong and long lasting immunity. Households could have done it together. There might be strains and methods of infecting to achieve mildest symptoms and best result.

What I’m saying is, there are always awesome alternatives, with great results, if one honestly looks and weighs the whole picture. The active suppression of everything but strong political control and a permanent forced injection program leaves no doubt as to the political agenda. We have to start talking about covert modern eugenics. Of course it never disappeared even though it took a hard hit in the 1940’s. It’s obviously the predominant philosophy in many powerful circles.

It’s not unfounded conspiracy theory to take into account the urge for power as a factor in the world system. Anything else is pure ignorance of history and general human nature. If we must surveil almost all common people’s actions because the power elite tells us there can be dangers and dangerous conspiracies anywhere, is it not also a common sense assumption that the people with the most wealth, influence and connections could be motivated by furthering their own power and a vision based on that first priority? Isn’t it the duty of the press to watch the power for the people and not check the common people for the powerful? 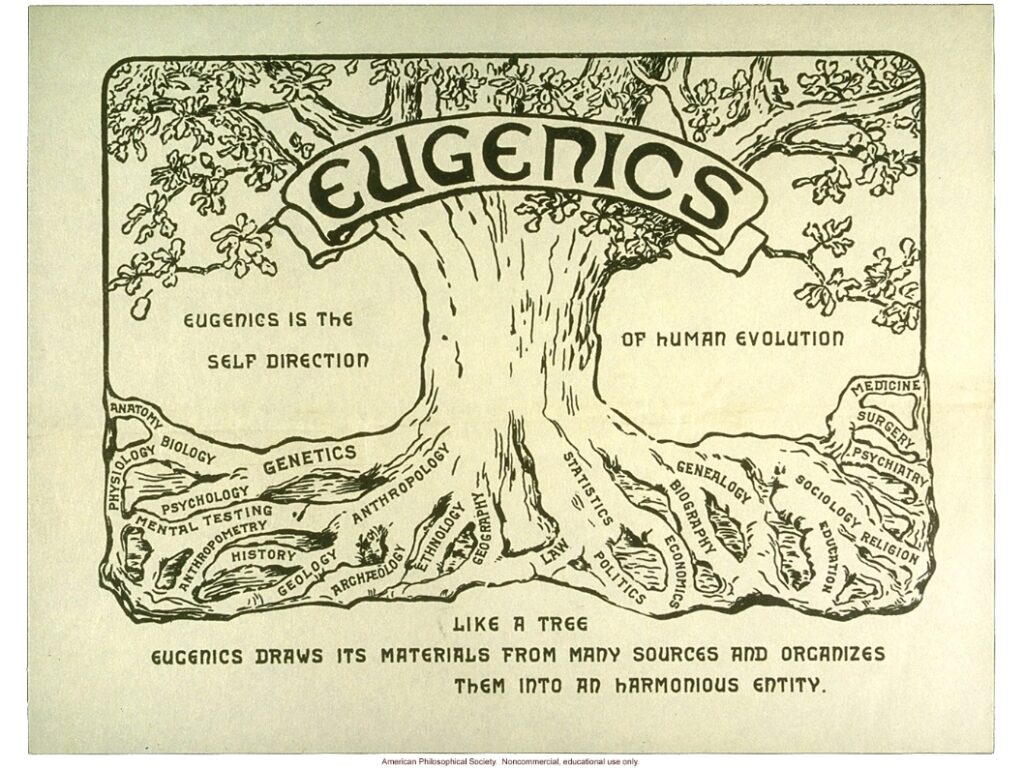 “Why of course the people don’t want war. Why should some poor slob on a farm want to risk his life in a war when the best he can get out of it is to come back to his farm in one piece? Naturally the common people don’t want war: neither in Russia, nor in England, nor for that matter in Germany. That is understood. But after all it is the leaders of a country who determine the policy and it is always a simple matter to drag the people along, whether it is a democracy or fascist dictatorship, or a parliament or a communist dictatorship. Voice or no voice, the people can always be brought to the bidding of the leaders. That is easy. All you have to do is tell them they are being attacked, and denounce the peace makers for lack of patriotism and exposing the country to danger. It works the same in any country.” ― Hermann Goering

P.S. Universal Individual Liberty is true self direction of human evolution. Compare the above illustration of all that eugenics encompasses with the previous blog post about liberating people to self-direct life.