First of all, ‘diversity’ means ‘ no whites’ in practice. At least not a *normal white person. Or a bunch of them, or a happy family… About those families and that dating scene.

*‘normal’ is used in at least two ways. Either to say that something is sufficiently large in number, or publicly understood and accepted, or that something is good, wholesome and healthy. So, some abnormal traits are normal and normal things can be abnormal.

Have you noticed that the ‘diverse’ couples displayed on TV are almost always a black man and a white woman? I mean, one could argue that there are roughly four skin colors and there are two sexes. That would allow for 12 (?) different combinations. Why is this one specific combination so vastly over represented and how is that diverse?

How about trans-people and homosexuals? Trans-people make up a fraction of a percent of the population. I’d say this is a demographic that is over represented tens of times over.

Looks to me like social programming in combination with decades of pummeling of men/masculinity (and European descent) and lowering of testosterone and addition of all kinds of hormone disrupting chemicals, increasingly fear pushing media, politics and para-politics, etc.

This is part of global socialism’s strategy to use ‘minority* grievances’ and a philosophical/ideological machine to go with it  to take down the west and implement a new managerial woke class. When this was decided upon in the early 1980’s (source: Douglas Murray), the traditional working man and woman became the enemy, as preferred demographics and messaging shifted to organize and take over new oppressed. This new-Marxist identity ideology also gave traditionally privileged people a cloak of invisibility, as opposed to among traditional working class leftists. So, they went on to occupy and organize these for neo-Marxist agendas . This explains why the new-old establishment hates Brexit, Trump, Freedom Rallies, etc.

I’m not saying there needs to be a 1:1 ratio of representation in media compared to percentage of population. I’m saying there is something completely off with the claim of diversity (of these certain traits) and what we’re seeing. What explains it better is a demoralizing and subverting psy-op, which is completely in line with the neo-Marxist-, global socialist agenda. 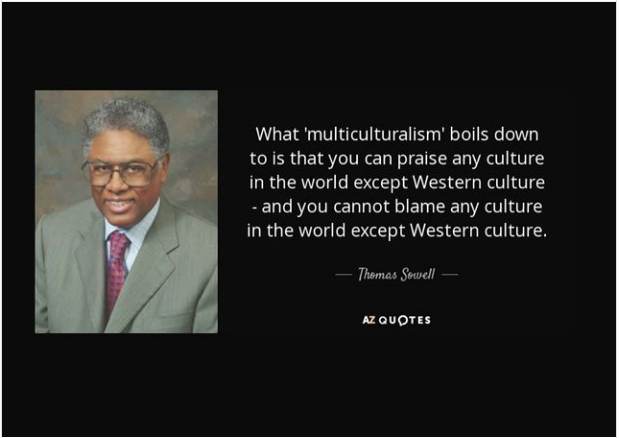 … and then there’s the biochemical part of this operation, which has been ongoing for decades and easily has tens of verifiable parts.