First of all, I’ll let Matt Christiansen snatch this issue from the lying liars with hidden political motives and put it in the right perspective. Then we’ll get to the larger picture of what’s ailing society and making people snap in this particularly abhorrent way.

Spoiler: From Breivik to the Bataclan, the short term solution is defensive – good guys with guns and taking red flags seriously. I’m not saying “red flag laws” should have legal weight by themselves. I’m just saying red flags ought to be taken seriously and not abused to guide terror acts, which has happened on multiple occasions. The authorities seem to have been aware of many of the would be shooters in advance. Uvalde even had AI scanning social media, etc. for warning signs.

The long term solution is vast.

Let’s take into account that these school shootings really took off in the early 2000’s. Before that a lot of the gun violence could be blamed on the drug war and organized crime. In any case, it’s obviously not simply about guns. It’s what the CIA calls “plausible deniability” in a system with a lot of different symptoms of ills. It’s a mix of (in no specific order):

– Bullying (but massive coddling since the 1990’s has made things worse, especially in combination with social media culture)
– Mass- and social media (with social media/tech we seem to be in some uncanny valleys that can be improved – social distance and bullying, mobility/exercise)
– Bad entertainment
– Late stage usury (in which we’ve seen unprecedented hand-outs to the bankers, and orchestrated record profits to big pharma and now, with Ukraine, an attempt to reward the military-industrial complex. Let’s make ending poverty in the wisest way the discussion. It could be done decades ago. Let’s do it now.)
– A lack of hope and meaning
– Subpar nutrition
– Mass prescribing of psych meds
– A harsh and punitive prison system (violence breeds violence)
– A very active war culture and violent entertainment
– A lot of divisive and dehumanizing ideologies, with the mass academedia carrying water for the biggest one – neo-Marxism/wokeism (if they have the gall to try to tie silly jokes to horrific crimes I think it’s time we point out how their ideology has destroyed cultures and killed up to 200 million people last century. Schucks, the CCP has implemented technocratic tyranny, concentration camps and forced organ harvesting. That is what their philosophy leads to. Remember, Marxism is, ironically, the all-time world champion of misleading marketing. And you don just get a shitty product. You get misery, suffering and death.)
– Break-up of the family
– Cultural gender-, race-, sexuality-, etc. -war, launched by the neo-Marxists by brainwashing a generation to project the danger of tyrannical racist- and sexist ideology onto everyone else. Yes, old timey racists and sexists who want to integrate such views into politics and culture still exist, but for the rest of us – It’s not us, it’s you.

This makes up the emotional pressure and cultural/philosophical, too strict, filter. Decreasing the pressure and enjoying the magic of trans-personal philosophical healing, in awareness of the ills and the treatment, would go a long way to rectify the situation.

All of these factors have been used to ramp up the chaos and create a dehumanizing culture. All while having what the CIA calls “plausible deniability”. It’s a holistic, systemic thing. That’s why I say “think like an oligarch”. Because we live in an environment owned by oligarchs and run by useful idiots and henchmen. Very few people have actual power. This is the root problem. There is a small group of people who have played more and more power to themselves by making the rest of us weaker, dumber and more confused and divided.

Big pharma has had massive power in sick care an psychiatry well over a century. How much healthier and more sane do you reckon we’ve gotten?

Keep in mind, if one excludes suicides and a couple of dozen Democrat-run big cities the US isn’t that bad in comparison to other countries when it comes to gun deaths. Because, all gun death’s are socio-cultural issues expressed in crazy street violence. 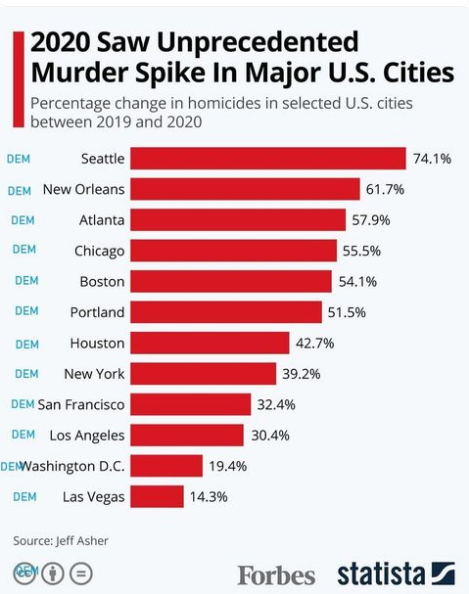 Very few are truly anti-gun. Some just believe only the state and corporations should have guns. I strongly disagree. People have a right to defend themselves against physically stronger individuals. Guns do that. They also make it more difficult for powers to round up people – Xinjiang-style. An armed citizenry is the test of a truly free society. Yes, what I’m saying is that most Western nations have tried to build an illusion of freedom – lacking true free speech and citizen gun rights.

That being said, there should be AI systems in place to alert to dangers. There was an AI system in place in Uvalde, but that didn’t help.